How U.S. Businesses Are Losing Billions to Ad Fraud Every Year 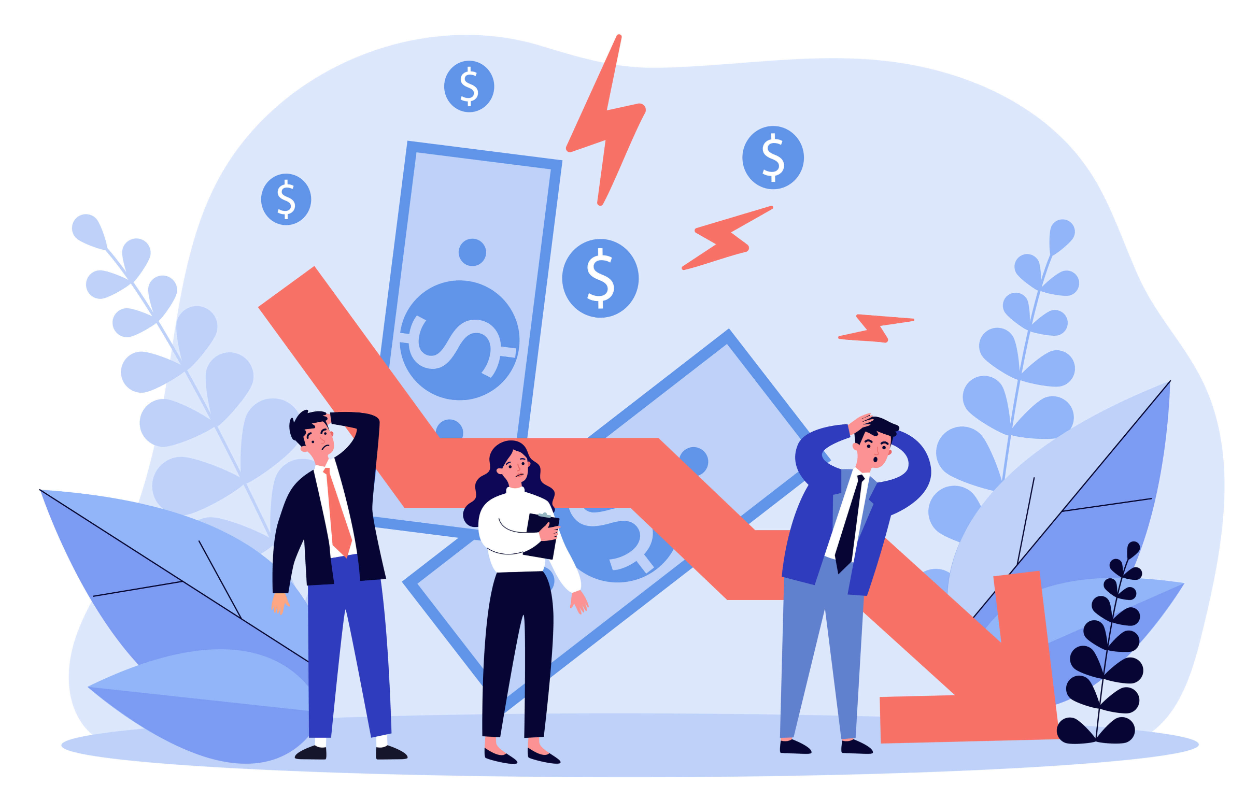 The online digital advertising industry is booming. And while this is great news for advertisers and marketers everywhere, fraudsters are rubbing their hands together in glee.

Worldwide digital ad spending is expected to exceed $571 billion in 2022 alone. While this is great news for the industry, it also presents fraudsters with a landscape of opportunities to exploit. In fact, the latest research shows that the digital ad industry will suffer $81 billion in losses in 2022 -- an increase of over 15% from $65 billion in 2021.

Thanks to ad fraud methods such as bots and click farms being hidden by geo-masking and data center traffic, your campaigns can be exploited from anywhere in the world. However, while every advertiser in every country is at risk, certain regions experience higher levels of ad fraud or more prominent types. The combination of a surge in digital ad spending, wealthy consumers, and being home to the largest advertisers globally means that the U.S. continues to be a big, lucrative target for fraudsters -- and it’s time to take this fact seriously.

Ad fraud can no longer be considered a “cost of doing business” online. With so many types of ad fraud and increasingly sophisticated techniques to perform them, marketers must be aware of exactly how fraudsters are able to manipulate the outcomes of advertising online.

There are several common types of ad fraud that are prevalent across the industry and have the potential to deplete your marketing budget. Some of the most encountered include:

Whichever type of ad fraud your campaigns are enduring, if you’re operating without a fraud prevention system in place, the fallout is the same. And it’s not pretty. Research shows that organizations can expect reductions in return on ad spend (ROAS) of 11%, and a 9% increase in customer acquisition costs (CAC).

Ad fraud is a global problem -- but the U.S. is a particularly lucrative target

Opticks’ 2022 ad fraud report found that every country across every continent is vulnerable to ad fraud -- yet some are more susceptible than others, and they’re also more exposed to more nefarious types of ad fraud.

Here are a few key findings from this year’s report:

1. Fraudulent traffic deriving from CTV is on the rise. Organizations intending to include digital TV ads in their marketing strategies need to be aware of the growing threat of fraudsters using bad bots Indeed, fraudsters trick advertisers into thinking bots are real people, to collect on their ad spend afterward.

3. US-based advertisers can be defrauded by bad actors who are located thousands of miles away -- Nigeria, Ukraine, Greece, South Africa, and Egypt, for example, are home to some of the highest volumes of fraud in the world.

Why is ad fraud in the U.S. such a big problem?

The U.S. has ranked 1st across the continent in our last two annual reports, ahead of Canada and Mexico.

Many of the countries on our report’s list suffer from a lack of ad fraud regulation and/or are experiencing large, unstructured economic growth. The U.S. digital advertising industry, however, is widely considered the “reference” for the rest of the world -- so why does it sit so high on the list of countries exposed to ad fraud? 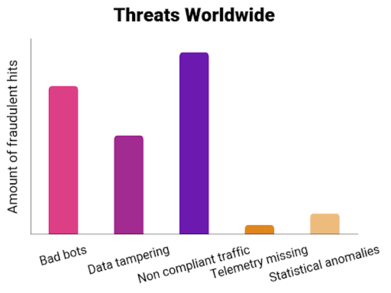 Our Ad Fraud Report 2022 shows that data tampering is the biggest ad fraud threat in the U.S.,
followed by bad bots.

One reason is that Apple device traffic is generally more expensive and valuable, meaning that there is a considerable amount of browser and device tampering (other devices posing as Apple devices). In fact, data tampering is the biggest ad fraud threat in the U.S., followed by bad bots.

As well as the largest advertisers globally, it houses some of the biggest data centers and carriers in the world (including Apple), and some of the biggest cloud providers and VPN companies. Users from all over the world use VPNs and residential proxies to hide their location and browse apps and sites that aren’t available in their countries. For this reason, a portion of fraudulent traffic attributed to the U.S. is actually derived from other regions.

All this to say, the U.S. suffers from the highest ad fraud-induced losses in the world.

What does this mean for marketers and advertisers in the U.S.?

The more your ad budgets are wasted on fake traffic, the more likely it is that you won’t be capable of reaching your overall business objectives.

The U.S. is home to the largest advertisers in the world, and ad fraud prevention is now becoming more of a priority for the advertising ecosystem as a whole -- especially for CMOs responsible for the return of advertising.

Fraudsters are constantly refining their techniques and becoming more sophisticated. Organizations without advanced fraud prevention solutions that cannot keep up with the pace of fraudsters will continue to face increased CAC and reduced ROAS and will be outperformed by their competitors.


This article originally appeared on The Wise Marketer.