You’ve seen a sudden spike in campaign traffic and unusually high click-through rates (CTRs). Your first reaction is to be pleased that your campaign is making inroads where others haven’t. But, when it comes to ad campaigns, if something seems strange, it probably is.

Of course, a spike in traffic could mean anything. A Twitter account with a large audience could have retweeted you, for example. Maybe users are simply finding your latest ad highly relevant to their interests. Or, it might mean that ad fraud is at play.

What are the early signs of ad fraud?

Knowing the early signs of ad fraud can help you mitigate its impact.

It’s essential to keep a keen eye on your campaign data and analytics and look out for the following suspicious indicators that could suggest that ad fraud is at play. 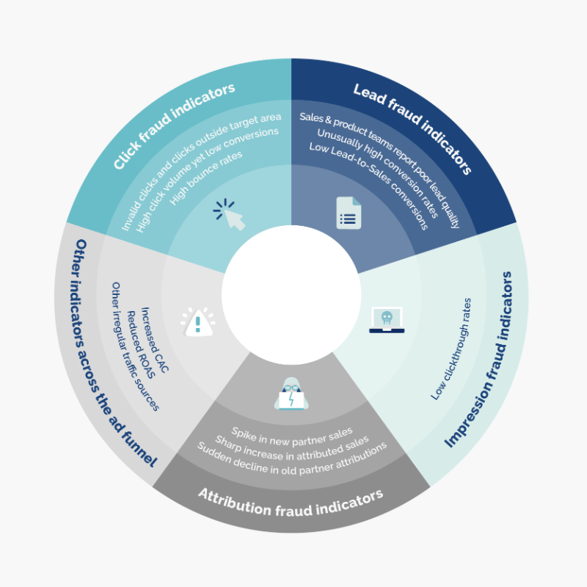 While you might think that your ad campaigns are doing well, fraudsters could be repeatedly clicking on them with the sole intention of draining your budgets. Click fraud, a common ad fraud technique, can be identified by the following signs of fraud:

Lead fraud occurs when fraudsters create fake leads to capture financial gains. Since these fraudulent leads will never produce real users, your ad spend and resources are wasted. Lead fraud can be identified by:

Fraudsters use these methods to steal or fake the attributions for leads or conversions and then receive a financial payout. The following are signs that attribution fraud might be impacting your campaigns:

5. Other indicators of ad fraud across the advertising funnel

Other indicators could signal the presence of ad fraud too. Like any other unusual event, however, they need to be properly investigated before they can be attributed to ad fraud:

How can you be sure that your campaigns are being affected by ad fraud?

While in many instances these early signs of ad fraud are in fact indicators that fraudsters are targeting your campaigns, you need to be sure that this is the case before taking action that could have long-term impacts on your campaign strategy.

To be certain that your campaigns are being affected by ad fraud, you need to do two things to be able to dig deeper: demand transparency from your agencies and publishers, and implement an ad fraud solution.

Demanding transparency from agencies and publishers

Demanding transparency from your agencies and media partners is a crucial step in ascertaining the presence of ad fraud.

For example, the ability to directly access insights from performance data and interfaces from your media partners is a requirement that you should embed into any contract. Without this performance data, you have no idea where your ad spend is being allocated or where your ads are being seen.

Additionally, you must also reserve the right to access raw campaign data so that you have insight into what parameters the agency uses to calculate ROI, as well as being able to pinpoint any early signs of the presence of ad fraud.

Anti-fraud solutions can identify, block, and track the most sophisticated ad fraud in real-time. Plus, some systems use advanced machine-learning algorithms and expert rules to differentiate real users from fraudulent behavior to make sure that you’re not blocking genuine users.

What happens if you ignore signs of ad fraud & don't actively prevent it?

As well as damage to your campaigns, there are several other consequences of ignoring the early signs of ad fraud.

Of course, if your campaigns aren’t having the desired effect due to ad fraud, then your ad spend is essentially misspent. Plus, many of the techniques that fraudsters use allow them to capture a substantial share of your campaign budgets that would otherwise be spent on real users.

Furthermore, it goes without saying that with total digital ad spend on the rise, the presence of ad fraud is only getting higher. Fraudsters aren’t particular when they choose who to defraud – all industries, verticals, and geographies are vulnerable to ad fraud.

You miss your targets

Ad fraud has a massively detrimental effect on your ability to reach your campaign and revenue targets when it goes unnoticed or unprevented.

When you invest time and money into ad campaigns, your main objective is to get them to convert. However, if you’re wasting money on fraudulent traffic and activity, it becomes difficult to reach the goals that have been set.

Since ad fraud skews campaign performance, resources often get mismanaged and assigned to the wrong activities, which leads to both missed leads and sales

Ad fraud ruins the accuracy of your campaign data. False and fraudulent events skew your backend analytics which means that you can’t be sure what’s working and what isn’t, and how your decisions will impact your ability to reach your goals and accrue revenue.

For example, when fraudsters carry out pixel stuffing, you’ll likely see high levels of impressions but a low click-through rate. While you’d be inclined to believe that this kind of outcome means that the campaign isn’t helping you achieve your goals, you may well have been hitting it out of the park all along.

Ad fraud continues to permeate all corners of digital campaigns across the web. And the only way to stop it from damaging your campaigns is to tackle it head-on.

As the saying goes, “Prevention is better than cure”, and just being aware of the early signs of ad fraud doesn’t go far enough. It’s time to enact robust ad fraud prevention tools to safeguard your campaigns and your business goals.

Anti-fraud solution Opticks can detect and prevent fraudsters’ tactics before these early indicators of ad fraud can even cross your radar.

To find out more about how the expert team at Opticks can help you prevent ad fraud before it starts impacting your campaigns, contact us now. 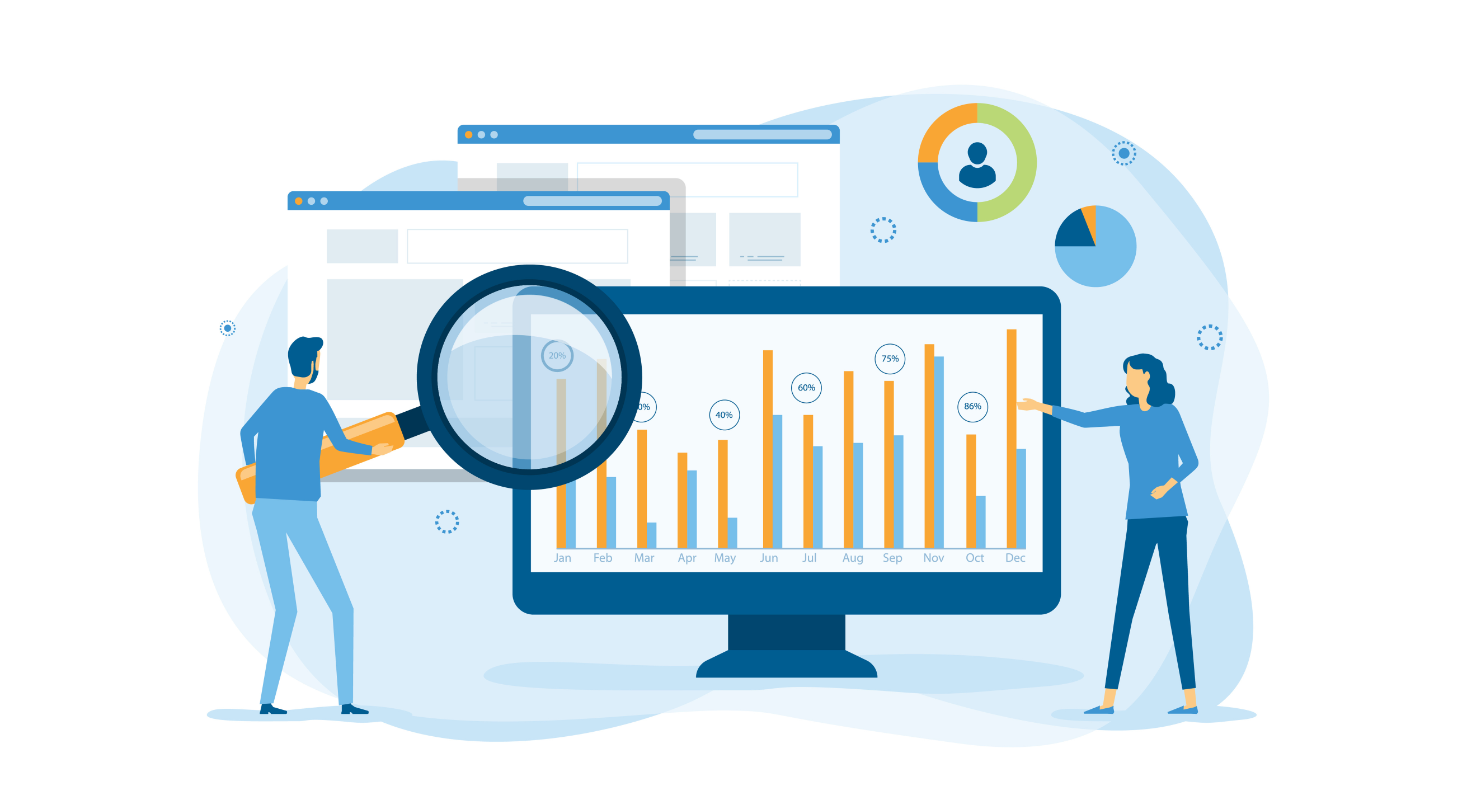